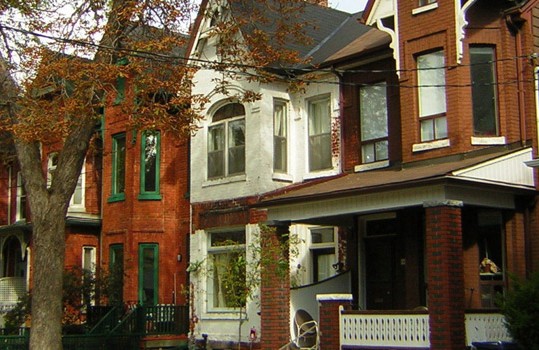 Are you planning to move to Toronto this year? Perhaps wanting a more suburban area or maybe move to the city for a change? You’re in luck! Toronto has an array of neighbourhoods to choose from, each one with its unique touch and personality. You may want to scout for a new home in Toronto’s up and coming neighbourhoods. We’ve compiled them below for you!

Junction Triangle is an old neighbourhood but with a brand-new name. The area used to be known West Toronto or Bloordale Village. There are records of other names as well but it got its present name in 2010 because of how the 3 railways that border the area form a triangle. Quite a lot of rehabilitation has happened since then, with most of its industrial buildings renovated into townhomes and residential lofts.

Junction Triangle is perfect for those who want to live near Lansdowne and High Park without shelling out the same home prices for a High Park address. Junction Gardens shopping district is nearby too.

Perhaps one of the most underrated neighbourhoods in Toronto, Mimico begins south of the Gardiner and extends all the way down to the Humber Bay shores, west of Park Lawn and east of Islington. This neigbourhood in southern Etobicoke used to be known for its lakefront motel strip. These days, the same lakefront properties are now lined with new condominium developments that sell upwards of $400,000.

If you’re keen on a lakefront property with outstanding views, you can’t go wrong with Mimico! It’s underpriced luxury for those who want the good life!

The Rockcliffe-Smythe neighbourhood is the area that flows through the northwest corner of Toronto, around the Eglinton Avenue and Humber River, east to Weston Road, and finishes near the railway line of east-west Galt Subdivision after running along the old Toronto and old York border.  Most of the neighbourhood is composed of residential properties but have plenty of parks, golf courses, and other green spaces.

Do you know that both Airbnb and BlogTO have Rockcliffe-Smythe in their list of the top Toronto neighbourhoods to visit worldwide? You can see the Black Creek Alley, shop at the Stockyards outdoor mall, and enjoy other amenities in this vibrant new neighbourhood to watch out for in Toronto.

The Yonge-Sheppard neighbourhood is the easiest to remember in this list because it begins exactly around Sheppard subway station. Far from the usual expectation that northern Toronto is a fully suburban space, Yonge-Sheppard is often called ‘the second downtown’ because of the numerous condo developments there which are almost the same as downtown Toronto.

The most attractive part about living in Yonge-Sheppard is how near commercial establishments are plus the fact that the home prices are truly competitive. Great for those wanting to live the downtown Toronto life for significantly cheaper.